Damage to spruce forest is extensive following the spruce bark beetle outbreak over the past 12 months. The results of a new inventory of land owned by members show that 2.5 million m³ is infested in Sodra’s members’ estates, twice as much as last year. In Götaland as a whole, approximately 5 million m³ is estimated to be infested.

“This is the worst damage to Sodra’s forestry operations area since the Gudrun and Per storms and now exceptional measures are needed to limit the damage. All forestry operators must face up to their responsibility and, not least, we expect support from the authorities in the form of simplification of rules and regulations, coordination and support,” said Olof Hansson, President of the Södra Skog business area.

The focus for Sodra’s forestry operations is on removing the damaged wood from the forest, while leaving healthy stands for later.

“It is a race against the clock to take care of as much as possible before the end of February next year. If we fail, the damage could worsen, which will lead to even greater financial losses for forest owners,” said Olof Hansson.

At local government level, Södra is calling for the approval of more roads for heavy vehicles (bearing capacity 4) and permission to harvest infested forest in protected areas in order to limit damage to healthy forest. 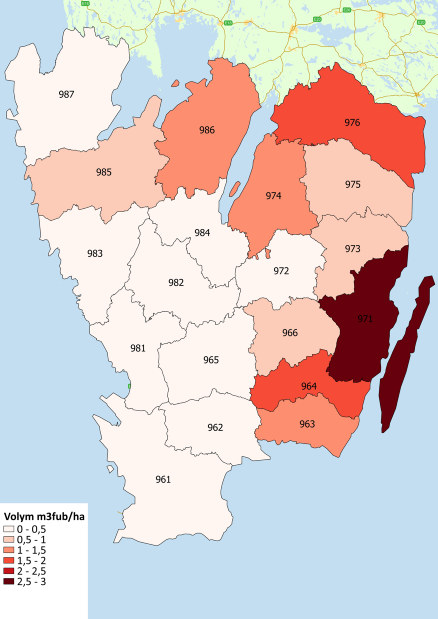